“For if you remain silent at this time, relief and deliverance for the Jews will arise from another place, but you and your father’s family will perish. And who knows but that you have come to your royal position for such a time as this?”

Life ain’t easy. I’ve heard it said that as Christians we’re all either in the midst of a battle, coming out of a battle, or going into a battle. This is life. At least, life here on this world. Someday, when God’s kingdom comes, the strife will cease, but until then, we’re here to serve God, and that means having to go through “battles.”

The book of Esther is an interesting read. Long story short, the Jews were living in the Persia-Media Empire, and for the most part, things were just fine. One day an evil guy named Haman decides to exterminate all of the Jews, and all of a sudden the Jews are thrown into a panic. Obviously, when someone is trying to kill you and all of your people, that’s a pretty good thing to be concerned about. But see, instead of trying to take things into their own hands, the Jews turned to God. They knew God would deliver them from their crisis.

God not only delivered them from this crisis, but he used it for their benefit – the Jews gained new wealth and status in the empire as a result of this circumstance. God turned a crisis into something good for his people.

When a time of crisis hits us – and we can be sure it will from time to time – we can rest assured knowing that God is in control no matter how bad/confusing/chaotic things may seem. Not only that, we can be sure that we’ll come out of the crisis better off than we were before, as long as we stay close to God. He promises to use these things for our good, and we know that God always keeps his promises. The key is to continue to seek God, no matter what. No matter how confusing, bad, or weird things get, we must always seek God. If we do, everything will turn out right in the end.

Major League Baseball’s Hall of Fame election is just around the corner. Of course, I’m just a fan, so I don’t have an actual ballot. But if I did, here’s who I would vote for:

That’s it. Just two players this year get my vote. For me, any player that took steroids automatically doesn’t get it, which dismisses many players. As for clean players, one of the things I look for in determining whether or not a person is a “hall of famer” is whether or not that player was thought of as a dominant player during his career. 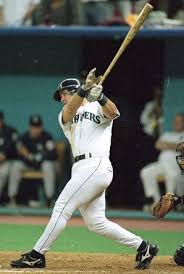 Martinez makes it because he was one of the best hitters during his day. He won’t make it (at least not this year) because he spent the majority of his career as a designated hitter. But I don’t look at that as a handicap, because it is part of the game after all. Besides, he was capable of playing 3B or 1B, he just didn’t because of the DH position. He was one of the most feared hitters of his day – despite many players around him on steroids. He was a two-time batting champion, and probably should’ve been given the 1995 MVP. He was a pure hitter. His numbers don’t look quite as good because of all the steroid use by other players, but when you think about it, he really was one of the games best hitters. 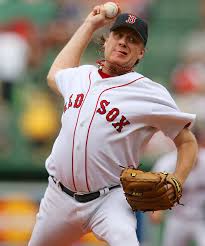 As for Schilling, he gets my vote because he was very much a dominant pitcher. He played an integral role on 3 world series champion teams, was a world series MVP, was a 6-time all star, was the runner-up for the cy young award 2 times (and might’ve won a cy young if not for other pitchers who were taking steroids *Roger Clemons * cough * cough *), led the league in strike outs and innings pitched twice, led in complete games 4 times…to me, that exemplifies a dominant pitcher.

As for other players who were clean but I’m not voting for… Fred McGriff, Alan Trammel, Tim Raines, and Jim Morris just barely miss my vote.

McGriff was a good power hitter. His numbers don’t look quite as good because of the steroid use around him. But I don’t quite think of him as being a truly dominant player during his day. He was a very good player, an all star…but he wasn’t quite exceedingly dominant.

Alan Trammel was a good short stop. Had a little bit of power, pretty good speed, got on base, and played good defense. He was a good short stop, but not really an exceedingly great one, and when it comes to the hall of fame, I think a player does need to be above and beyond “great” in order to get in.

Tim Raines is a player I’m on the fence about. I might very well change my mind and vote for him next year.  He was a speedy, switch hitting outfielder. He was fast. Really fast. Led the league in stolen bases four years in a row, and stole 70+ bases 5 years. One year he stole 90 bases. Those are huge numbers. However, he played during the 80’s, when stolen bases were more common than they are now. Still, though, he was fast. He led the league in batting and on-base percentage once. He walked a lot. He was a very good player. But was he a hall of fame caliber player? I don’t know. I don’t think so. At least, for now. He was good, but I don’t think he was “great.” He never won an MVP, finishing in the top 10 in voting 3 times, but never got higher than 5.

And finally, Jack Morris. He’s best remembered for pitching one of the best games ever. He was a work horse, a good pitcher. But was he a dominant pitcher? He had flashes of dominance, but was he truly a dominant pitcher for an extended amount of time? I don’t quite think so. I might change my mind on him in the following years, but for now, I don’t think of him as a hall of famer.