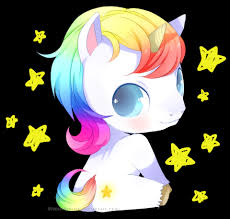 Contestants: Zombies versus the Unicorn Realm

Zombies have invaded the unicorn realm. Their numbers quickly multiply with every brain they eat. Will the unicorns ever be able to drive out the zombies and regain their territory? Or is this tranquil land of unicorns destined to be turned into a zombie nation?

I stood looking on as the kids played out an epic struggle.

The zombies had breached the outer walls of the once-peaceful unicorn castle. The unicorns, taken by surprise, scattered. The boy unicorns tried their best to defend and take back the castle, while the girls and the unicorn children headed for safe ground.

“The babies!” cried the girls. “Save the babies!”

They each grabbed a baby or two and ran across the castle bridge as zombies followed close behind.

I butted in. “Michelle. Time to go. Your mom is here to pick you up.”

Michelle tossed the baby to Alice, then ran off. Normally, the tossing of babies would be highly inappropriate. But when you’re being chased by brain-eating zombies, desperate times call for desperate measures.

A girl named Cassie had fallen behind the rest of the girls. At first she had gone unnoticed in the commotion until one of the zombies smelled her. She turned to run, but was cornered by another zombie. The two zombies began to eat her brains.

Cassie went down. She lay against the side of the jungle gym, eyes closed.

“Zombies ate my brains,” she explained to me. “I can only be saved if someone puts a flower to my nose. Then I’ll be reborn as a baby unicorn.”

She waited a little while before someone came and put an imaginary flower to her nose. Cassie ran around, flapping her wings, whinnying. Oh, didn’t you know? All baby unicorns have wings, and can fly.

Alice, meanwhile, had been doing her best to protect the babies and fend off the zombies, but had suffered multiple wounds in the process. “If someone bites me one more time I’m going to die!” she said. She hid underneath the slide – I mean, the castle moat – and tried to recover from her wounds.

A zombie jumped down from the castle and started moving towards her. Alice screamed.

Just then, “Jason,” a swordsman fighting for Team Unicorn, jumped in.

“I’ll protect you!” he said, battling the zombie.

Meanwhile a group of about four soldiers fighting for Team Unicorn had regrouped and attempted to penetrate the zombie lines.

“Shields!” they shouted, as they raised their shields, defending themselves against the claws of the zombies.

The tide of the battle had turned. The zombies, who had once been on the offensive, were now losing steam as the unicorns fought back.

Suddenly, a zombie named Mick ran up to me and started eating my brains.

Satisfied, Mick ran off to find his next victim. Right behind him, though, was a member of Team Unicorn.

“Flower!” he shouted, tossing imaginary flowers at me so that I’d be healed.

But he was so preoccupied fighting that I don’t think he really heard me.

He turned to the kid standing next to him. “Take my swords,” he said. “Use them wisely.”

More and more contestants for both sides were going home for the day being lost in this gruesome battle. Neither side was backing down, and neither side was able to make a sizable gain. Many brave souls were lost. Oh! the horrors of war.

And so it came down to this: two unicorns, and one zombie.

The lone zombie was outnumbered 2-to-1. But he was no ordinary zombie. He was Mick, the amazing zombie. Quiet, polite, yet crafty, Mick had a reputation for being an extremely dangerous, and well-mannered, adversary. He always seemed to be the “bad guy” in the games, but it was a role he thrived in, and seemed to enjoy. He’s a nice kid. Well-behaved, and even-tempered. But don’t let his countenance fool you. He’s a bloodthirsty, merciless zombie.

Cassie and Alice, the two remaining baby unicorns, huddled together in the quiet sanctuary of the high tower.

“Where is he?” whispered Cassie.

They had chosen a good place to hide. The high tower had naturally good defenses. While the other parts of the jungle gym castle had bars bridges that were relatively easy to climb, this portion of the castle had no easy access. There were really only two ways into the tower, both of which would be difficult and slow to cross – not ideal for a zombie raid. The first route was a swirly staircase type thingy that bent in weird shapes. This was likely the easiest passage, but the girls would have a clear view of anyone trying to enter this way, and would have ample time to either escape or make a counter attack. The second route was through a set of bars one would have to swing across. Many had attempted this daring crossing, and few had been successful. The bars were just a bit too high and difficult for 2nd graders zombies and unicorns alike. Even if Mick were able to make it across, he would be in plain view of the unicorns, and they would be alerted early on to his presence.

But Mick had a daring plan of his own. He found a third entrance into the tower, an entrance no one had thought of. He had decided to climb up onto a part of the tower where no bars were. It was a difficult climb, especially since it was so much taller than him. But it was also in an area that was blocked from the unicorn’s view. No one in the high tower would be able to see him approaching through this blind spot.

It took some time, but Mick was eventually able to get up onto the tower. The high tower, once thought to be impenetrable, was breached. The girls screamed as Mick popped up seemingly out of nowhere, and proceeded to eat their brains.

The zombies won that day.

In this day and age we frequently need expensive gadgets and gizmos to keep us entertained. It’s always nice to see kids make up epic adventures all on their own. No rules, no toys, no guidance from adults, just their imagination.

We walked back from the playground with the three remaining kids.

“What’s wrong with Cassie?” asked one of the other workers as we walked by.

“She’s tired,” I said. “She was flying around all recess.”My coworker looked at me, puzzled. “She was a baby unicorn,” I added. Adults. Sometimes they need to be told everything.